Commentary:  Veteran’s Day has been an important event for our F3 community and each year, we have tried to do something special.  As the week came to a close, no Q had signed up to lead our convergence beat down.  Friday evening chatter on the wire was pushing for a Vet to leave but still no one stepped up – including YHC…  As time marched towards launch – still no takers…   YHC posted early to enjoy a Vets Day Murph with some fellow Pax , Itallion Stallion and Arnold, and then drove home to take care of some quick necessaries…  Upon returning YHC learned that he got the nomination for today’s Q – aka voluntold.  So, time to get a plan, do some ad-lib and draw from past experiences…

The Pax eagerly formed up into the COP.  Since it was our first chilly fall morning, this group was ready to roll.

Disclaimer…  While explaining that I had no idea what I was doing or what we were about to do, Krispy Kreme rolled up with his Ruck and sporting his cocktail dress…  It’s always good to have a bonafide veteran participate in Veterans’ Day – 20 years of service!

We took a minute to recognize the veterans in the Pax today:  Krispy Kreme and me.  Krispy served in the USN for 20 years, 13 of which were sea duty and he accumulated 6 years of time underway – more than half of his sea tour.  KK served aboard the USS Dwight D Eisenhower (CVN-69), USS Carl Vinson (CVN-70) and USS John C Stennis (CVN-74).

Today, less than 1% of our population serves in the military.  We have an all-volunteer force that choses to serve for many different reasons.

YHC mentioned one of his favorite books:  “Tribe” by Sebastian Junger.  Junger writes about today’s situation, where the war, the fighting, the violence is overseas, away from our day to day lives.  We, as citizens of this country can’t easily relate to the experiences of today’s veterans.  Earlier tribal societies dealt with wars within their communities or nearby.  Everyone participated in the conflict and understood the experiences of the warrior.

Junger describes his idea of a veterans’ day ceremony, where the community would come together in an auditorium or town hall and give each veteran a chance to speak about his or her experiences and feelings about their service.  We, as citizens, must do more to acknowledge and include our veterans.  We must listen to them.

Great work by all Pax!! 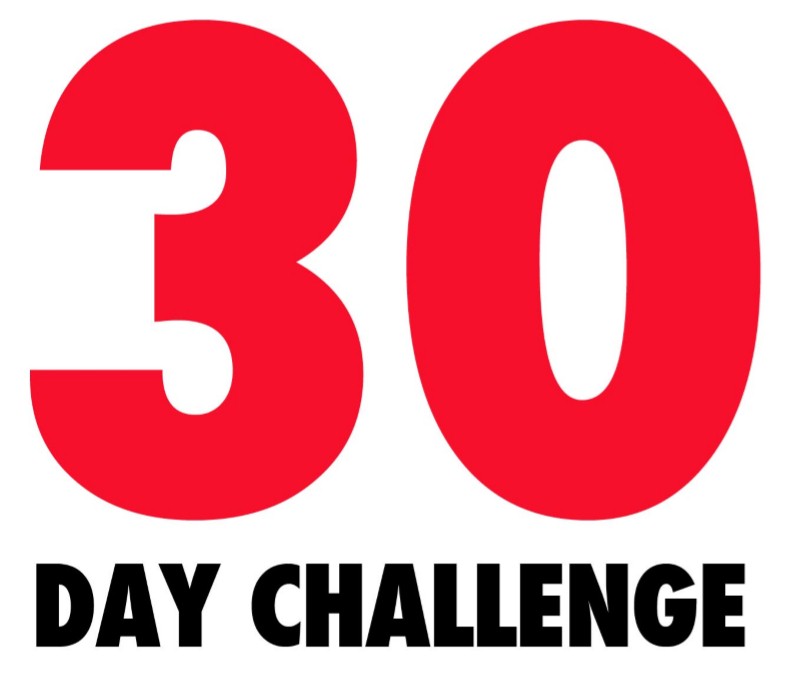 ARE YOU UP FOR THE CHALLENGE??

One of the great things of F3 is the #CSAUP. Whether it’s the Marine Core Mud Run (#F3Superbowl), GoRuck Challenge, P200 or the ultimate test of strength and endurance in what is known as The Fox. CSAUP’s are great for 2 main reasons. 1) They push the Pax to train hard in preparation for the crazy stupid and utterly pointless event that will always take a man beyond what he thought he was capable of. And 2) It brings together Pax who don’t normally see each other at the Tues/Thurs workouts. THE ONLY PROBLEM WITH THE #CSAUP is….there isn’t enough of them! Thus the F3 Hartsville 30 Day Challenge was born.

A series of 30-day challenges (goal is 6 per year) that focus on a specific muscle group or discipline. A goal will be defined at the beginning and a Q will be assigned. Each man will keep track of his progress, with the “encouragement” of the other Pax participating of course. Challenges could require double downs and/or solo work. After a Pax has completed 3 challenges within a 12 month time frame he will earn the exclusive F3 Hartsville Challenge Trifecta shirt or patch. Other key pieces of information include:

Did you not read the 1st paragraph! We are not here to maintain the status quo. This is an opportunity for all Pax to go beyond their routine and comfort zone then relish with their brothers in the collective sharpening of our 1st and 2nd F.

All Pax. No excuses. Everyone is invited regardless of your starting point.

Read below for launch dates of the first two challenges. After that it’s open but challenges must be approved by 1st FQ (Goldilocks).

Tab will be added to the Q sheet for Pax to sign up. https://docs.google.com/spreadsheets/d/1TPKwHL8WNM73wsfy3vw6VHu98irlhHxYVXPdbMesuCI/edit?pli=1#gid=2077069414

When the challenge starts, show up and do the work. #DFQ

It started out like any other Saturday Convergence. YHC arrived a few minutes early just in case nature called.  Arnold and Dumper were having a post run picnic on the grass with their shirts off (Weird), Klinger was doing post ruck Block Burpees by himself while his partner Stallion opted to join the shirtless guys on the grass (weird.)  Coxwain was getting his mind right performing some yoga by the swingsets.  Like I said, typical Saturday.

As the start time got near, Goldilocks finally rounded up a limp Farsight flag and we gathered around for Disclaimer. YHC noticed Benchwarmers car as the clock struck 7:00 am but he wasn’t in the circle.  As we began warming up Bench shows up so I throw in a few extra warmup exercises while he stretches, changes tubetops, puts on fresh socks and shoes, and makes his grand entrance to the circle to watch everyone else finish the arm circles I had picked out just for him.  Way to push Bench!

12’s across short side of field

Decided to cut out Round 3 and lunge walk to far end of field facing the Y.

Line up in plank position nose to tail for Indian Bear crawl to opposite end.

Partner up-Teamwork—Partners complete the rounds below. Each PAX Goes to failure, rest is 20 BBS before continuing reps. Once the team completes their reps, run length of field and back and help remaining teams.

Circle up for Mary:     Flutterkicks and other things

25 “Therefore I tell you, do not worry about your life, what you will eat or drink; or about your body, what you will wear. Is not life more than food, and the body more than clothes? 26 Look at the birds of the air; they do not sow or reap or store away in barns, and yet your heavenly Father feeds them. Are you not much more valuable than they? 27 Can any one of you by worrying add a single hour to your life[a]?

28 “And why do you worry about clothes? See how the flowers of the field grow. They do not labor or spin. 29 Yet I tell you that not even Solomon in all his splendor was dressed like one of these. 30 If that is how God clothes the grass of the field, which is here today and tomorrow is thrown into the fire, will he not much more clothe you—you of little faith? 31 So do not worry, saying, ‘What shall we eat?’ or ‘What shall we drink?’ or ‘What shall we wear?’ 32 For the pagans run after all these things, and your heavenly Father knows that you need them. 33 But seek first his kingdom and his righteousness, and all these things will be given to you as well. 34 Therefore do not worry about tomorrow, for tomorrow will worry about itself. Each day has enough trouble of its own.

Prayers up for Little Jack and Fudgers moms, Bagboy transition

YHC Enjoyed bringing the pain this Saturday and T-claps to the double downers. All AO’s were represented although there was some disagreement on who had the most show due to the early departures by Benchwarmer and Bowtie.  Our leading Attorney claimed it for Farsight, but was overruled by the Judge in favor of the Clinic.  Glad to have Spackler and Coxswain also.  Special thanks to Baby Beasley for picking up Stallions breakfast tab.

YHC loves when he is able to get out to Revolution and put in some work. I love it even more when they let me Q. YHC had this elaborate running Q planned, but felt sorry for Audit has he mentioned he had an injury so I changed it up.

Anyone who has been a member of F3 Hartsville for more than a month knows that YHC is the Tabata King. While I normally only do Tabata beatdowns at Brick City, I decided to show them why and how I remain the King.

I had my counter set to 20 sec reps and 10 sec of cooldown. PAX did 7 reps of each exercise and a total of 8 exercises. They were as follows:

Around ½ through, Repo said, “You know this is Revolution right? We take a water break in the middle”. YHC ignored his comment and plugged away until we finished the Hammers. I wanted the PAX well hydrated and rested for the Burpees.

T-claps to that animal Windows on another triple down.

Repo is Qing a special workout at his house Saturday. He needs many weak minds and strong backs to help pack their house and help them move. I believe he offered free beer and pizza.

YHC just finished reading the book One Second After which is about the events after a terrorist organization launches 3 nukes in the atmosphere over there US and the EMPs wipe out all electronics. In the book, two characters are getting to know one another and they are using each other’s strengths to survive. One makes a simple political statement that identifies what political party they belong to. The other character says something to the effect of before the EMPs went off, they would have written off whatever that other people said based simply on that. They also joke about how crazy that is given their current predicament.

No matter if we realize it or not, we all have “filters” that we hear things through. They may be political, religious etc. and we often discredit or devalue what people are saying based solely on this. I prayed that God would show us our filters and allow us to hear and see people through his ears and his eyes.